The ultimate power of superior designed software and we are thinking outside the world. 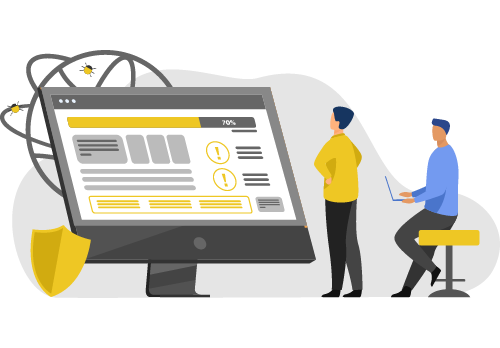 A leader in Desktop App Development Solutions for your business

As a leading software development company, Alit Technologies leverages rich technical expertise to develop user-friendly desktop applications that works offline and online. Desktop software development is the core strength of our company that helps to spruce up the productivity of your business environment by making tedious IT operations run in an enhancing manner. Our team of experts understands the current business scenarios and develops a product with UX, cloud, data, and security as their elite target.

We evolved and defined the product architecture strategy for drilling deep into the market to engross more customers. Our design services are fascinating, wise, and user-friendly that add competitive value to your business.

We offer end-to-end software product development services and strictly adhere to standard quality for hassle-free integration. We assure that the developed product is customizable, stable, and secure and undoubtedly improves profitability.

Alit Technologies aims to ensure that the products developed with the latest technology are highly relevant & reliable helps improve your business’s overall efficiency. Our team delivers total support and maintenance service of the application for any complexity and integration to the client.

Our dedicated team develops a robust desktop application that rolls out comprehensive and cost-effective solutions to our clients. We have mastered the dynamic technology stack by providing highly stable, flexible, and secured desktop-based keys.

Alit Technologies has completed the job with excellent workmanship. They provides professional advises fort they improvement of our product. I will not hesitate to work with them again in the near future.
Michael Cagape

Great communication! Developers at Alit Technologies are fantastic worker and will make sure you are happy with the project
John Grey

Very happy with Alit Technologies's work. they delivered on time and added some extra features to 'future proof' the application. Would definitely recommend them.
Solue Limited

What is a desktop application?

How much it will cost to develop a desktop software?

How much time requires to develop a desktop software?

It totally depends on the requirement, project scope, number of features and complexity level. We estimate the time of development in number of working hours. We work 8 hours per day and 5 days a week. So if we are providing an estimate of 100 hours, then it leads to 12.5 working days. That may spread around 3 full weeks, because one week has only 5 working days.

How you get understanding what client needs?

We gather all possible information about current system, what it does, limitation of it and what are the changes you want to implement in new system. Then we design a wireframe and shows to client. Once both parties (client and development company) get agree then we continue to next stage.

There is no maintenance or recurring cost involved. Only if you have any new requirement, further enhancement or bug fixing then it would be chargeable.

In what condition one should choose to develop desktop software?

If the requirement related to:

Or web application are not able to fulfill the requirement.

When to not choose desktop software?

What are the advantages to choose desktop software over web application.

What are the disadvantages of desktop software over web application.

How many types of Desktop Applications are there?

It depends on which programming language and platform the software has developed Some cross platform development tools provide this feature, to code once and deploy for different kind of OS.

C# and VB.Net, Winform and WPF are not cross platform and it produces the software that can run on the Windows OS only Whereas there is a mono liberary exists that can compile C# code to work for linux and other platform.

Microsoft has announced MAUI that advertises a technology where you can code once and deploy it to all operating systems. It is in it's early ages, we are waiting for its stable version to be released.

Can I use desktop software on Mobile or iPad?

No. Desktop software specially designed to work on desktop computer only.

Can a multi user software work as offline software too?

Yes, For that you need to have a server computer where you can install your RDBMS. You have to install the software on all client's PC and point the database to DBMS server.

Can a single user software work as online software?

Yes, Database can be hosted over shared hosting or cloud server provider. It doesn't matter for the software that one user is using or multi user. For the software perspective it is already treated as multi user.

If the desktop software is working offline than it may have installed on the local pc or on a local server in that case client has to deal with the security themselves, because if someone will be able to breach the network and windows security then they can stole all the data from your computer including data of your custom desktop software.

If the desktop software is working online then the dbms service provider is responsible for the security.

There are a several steps and techniques that can be implemented to protect or encrypt communication between software and database. It depends on the scale of the software.

What if you will not be available for further service support?

We deliver the custom software and it's coding also. So if in future we are not available to assist you, then you can hire somebody else who know dot net technology. With the help of code anybody can provide further service and support.

Where the data to be saved? 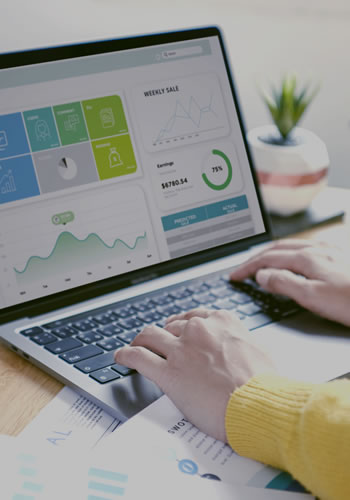